Is Palm Oil Really All That Bad? 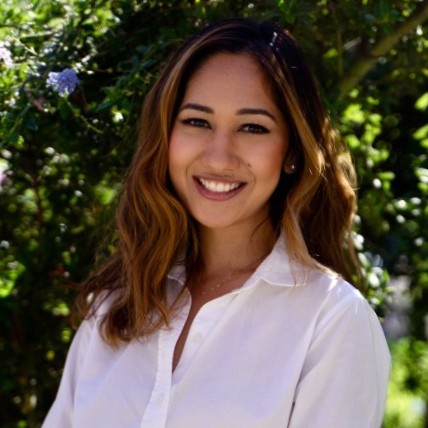 Palm oil and its by-products are everywhere.

From lipsticks to laundry detergent, this ingredient plays a huge part in people’s lifestyles, diets, and makeup routines! But with more and more consumers criticizing its incorporation in their products, you might be wondering — how bad could it really be?

Palm oil itself doesn’t pose an environmental problem. At least, not more than other crops. In fact, it might be the most efficient option to manufacture because of how much product a single acre of palm can produce.

What's happening with the rainforest?

Palm oil producers love growing in the rainforest since its hot, humid climate is perfect for commercial palm crops. However, producers take advantage of these conditions by bulldozing and setting fire to rainforests to make way for the crops.‍

Deforestation destroys hundreds of acres every hour to accommodate crop plantations, much of which is designated for palm crops. Sure, palm crops are trees too, but they don’t nearly provide the vast number of benefits that natural rainforests do — not even close!

So when rainforests go, that’s not only inconvenient for the sake of enjoying a lush, green view. Deforestation affects the landscape’s natural environmental makeup, spelling disaster for all flora and fauna that depend on that ecosystem.

Mass deforestation causes the daily extinction of about 137 species of plants, animals, and insects, with no signs of slowing down either. Orangutans, giant pandas, and pygmy sloths are only a few out of many species that are now on the endangered list due to deforestation.

When these animals cannot find shelter, they have no protection against the threat of predators and extreme weather. Not only that, but rainforest trees also contain rich food sources for many animal species. That’s why some tree-bound animals may never come down to the forest floor during their lifetime!

Without a habitat, animals have much to adapt to if they want to survive — and there’s a slim chance that they’ll actually adjust.

Most of us aren’t within walking distance of a rainforest, but deforestation affects environmental futures everywhere. That’s because the rainforest is supposed to act as a carbon sink, which would allow it to take in a huge amount of greenhouse gases that the Earth’s atmosphere would otherwise absorb.

This is important since greenhouse gas emission has a chief role in the global climate crisis. The agricultural industry is also the second-largest producer of carbon dioxide, which accounts for a whopping 76% of greenhouse gas emissions.
Historically, dense rainforests were able to mitigate much of this damage. With mass deforestation, that potential is... more than a little stunted.

This habitat once played a huge hand in preventing air pollution. But deforestation almost nullifies the rainforests’ current carbon-absorbing capabilities.

Deforestation can also cause desertification, which can heavily impact the rainforest’s landscape. Rainforest trees’ roots hold the soil below together, ensuring the land’s structural integrity. The land’s nutrients are also mainly stored in the trees above, which is why it needs some extra help holding itself together.

Otherwise, environmental factors such as wind and water could blow or wash the topsoil away. Once this topsoil layer (that also stores vital nutrients) is gone, all that’s left is looser, more vulnerable soil.

This isn’t only a possibility — at this point in time, this seems like an inevitability too. With experts predicting that 40% of the Amazon is on the brink of becoming a desert, our mental picture of the rainforests might start looking a little less wet.

Tree leaves can also absorb rainwater and soften falling rain before it hits the ground. The latter effect also prevents sediment movement since the rainfall’s impact won’t be as heavy.

Well-intact soil also prevents sediment movement, which could otherwise block water flow in various bodies of water and cause flooding. Not a good sign for nearby aquatic species or any other rainforest animal, for that matter.

Sustainability in palm oil— it matters!

If all this is new information, then you might be a little put off by the prospect of formulating with palm oil. However, boycotting palm oil and its by-products won’t eliminate the problem at its core, and rather migrate the burden of sustainability to a different crop industry.

Instead, ensure that your products use RSPO-certified palm-based ingredients. It’s also a great idea to know what ingredients are palm-based, even if “palm” isn’t explicitly spelled out in the ingredient name.

Credo Beauty's Dirty List, Explained
A Breakdown of Clean + Planet Positive at Sephora
What's on the Retailer Banned List? A Guide to Create Your Own RSL
The Ultimate Guide to Sustainable Beauty Packaging
The Ultimate Guide to Vegan Beauty and Cosmetics
It's Time to Diversify Your Packaging
Retailer Policy Update: Target Clean 2023
Why More Businesses are Choosing Flexible Packaging
Sourcing Vegan Alternatives for Your Beauty Brand
What "Cruelty Free" Actually Means
Novi Secures $40M in New Funding to Make Sustainability Accessible for Consumer Brands
So You've Missed the Window to Avoid Factory Shutdowns
The 2021 Novi Year in Review
The RSPO Certification, Explained
Is Palm Oil Really All That Bad?
Avoid Production and Shipping Disruptions During Chinese New Year 2022
Inside the Bottle: Formulating with Sustainable Palm Oil
2022 Beauty Trends: Transparent Brands and Products Rule the Year
The Chasing Arrows: California's Recycling Bill, Explained
Inside the Bottle: You Don’t Need to be a Chemist to Understand Cosmetic Formulation
Announcing our $10.3M Round of Funding to Help Brands Build Better Products
Q&A with Credo Beauty's VP of Sustainability
5 Steps to Get EWG VERIFIED™ Quickly
5 Ways to Build a Clean Beauty Brand for Long-Term Success
Post Consumer vs. Post Industrial Recycled Materials
How Beauty Brands Can Get Ahead of New PFAS “Forever Chemicals” Requirements
What's happening with the rainforest?Loss of biodiversityCarbon emissionsDesertificationFloodingSustainability in palm oil— it matters!
Thank you!
You are subscribed
to our blog.
Oops! Something went wrong while submitting the form.

What's on the Retailer Banned List? A Guide to Create Your Own RSL

More on this category

Inside the Bottle: Formulating with Sustainable Palm Oil

Inside the Bottle: You Don’t Need to be a Chemist to Understand Cosmetic Formulation